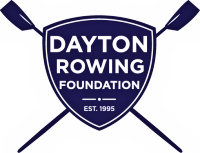 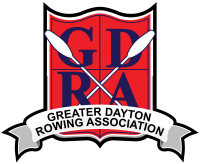 The Power 10 Project is a master plan to address the future potential of Greater Dayton Rowing Association and its rowing programs. This effort is in partnership with the Dayton Rowing Foundation, Five Rivers MetroParks and the City of Dayton.

Phase One: Waterfront Improvement and Dock Replacement—Docks are essential to access the Great Miami River. The original wooden docks, built by GDRA members in 1994, needed replacement when the Power 10 Project began. This phase was completed in 2016 when we purchased 96 feet of new docks manufactured and installed by AccuDock. In conjunction with this effort, Five Rivers MetroParks cleared an area southwest of the boathouse that had become overgrown with non-native trees and other invasive vegetation, replacing it with grass and putting down gravel along a path to the new docks.

Phase Two: Greater Dayton Rowing and Fitness Facility—This planned addition to our boathouse, as featured in a Dayton Daily News article in April 2019, will centralize the year-round GDRA programing at Island MetroPark and allow our programs to grow to include winter fitness programs for the community, coaching seminars and clinics, expanded regatta schedule and more. These new facilities will allow us to continue our work to ensure that GDRA is positioned to best serve the community and the sport of amateur rowing, and to continue to offer access to healthy recreation and educational opportunities with a healthy lifestyle activity that takes advantage of the Great Miami River for many, many years to come!

Donations are still being accepted for this effort.
If you would like to contribute please contact Wilfred van Breukelen at wgvanbreukelen@hotmail.com

Phase Three: River Enhancement (North of I-75)—Phase three includes plans to expand the length on navigable river an estimated 1000m north of the I-75 overpass. The Power 10 Committee is working with the Miami Conservancy District to obtain proper permits for dredging this portion of river to a consistent depth making it safe to row all the way up to the railroad trestle.

This improvement will add 40% more river length to our current course.

Phase Four: River Enhancement (South of Island MetroPark)—Phase four is a long term vision that would benefit the entire Miami Valley with increased recreational water as well as removal of a potentially hazardous low dam. This low dam is also a navigational barrier to anyone wanting to travel south of Island MetroPark on the Great Miami. Plans would call for replacing the current low dam with a weir/water feature structure at Deeds Point which would create a deeper lake environment behind it and also allow paddling access to the Mad and lower Great Miami Rivers.

The benefits of this phase would include:

If you would like to help with the Power 10 Project
Jim Wall, President
Jon Daugherty, Director of Strategic Planning
Destinee Hamilton, Administrative Secretary for the Dayton Rowing Foundation (DRF)

To make a tax deductible contribution towards these efforts you can send a check to:
The Dayton Rowing Foundation
9697 Clyo Rd.
Dayton Ohio 45458